Come check out the new Fighter Royale build, only for this weekend (May 4-6).  Go to https://FighterRoyale.com and join us!

How often have you ended up in the ‘chute with nowhere to go? Here’s your chance to make it worth it! In this special event arena, you will be on the daylight Archipelago map. The challenge will be to locate the Fox@FB and then eject from your perfectly good plane! While in your ‘chute, you can use your joystick or keyboard commands to correct the drift so that you land on top of the Fox! You’re in for a surprise the first time you hit him!

Rules for this event:

Battle of the Hosts

Red Rover! Red Rover! Come on over! Battle of the Hosts is a special event arena that utilizes the Menorca map. Participants will be instructed to choose between two countries. Your mission in this event is to protect the Target@FB who flies with your country. Protect his six and guide him safely to the enemy runway!

Rules for this event:

Attention all Pilots!  Report for duty on July 8th to experience Fighter Base V1.0 Preview

Headquarters – The weekend of July 8-9 promises to be a big one in the Fighter Base skies with the launch of the first official version of Fighter Base.  Look for a variety of both individual and squad events!   So get in touch with your comrades, get your joystick dusted off and get ready to fly!

Events will be announced over the coming two weeks and will be available to all pilots around the world.

Version 0.76 was published on June 23rd and is now available to the general public.  Find it at the launch page .  Make sure you are ready for the big weekend!

The Fighter Base elves have been hard at work since June and we are very happy to share with you a little video of how the games looks today!  With a lot of the brain surgery finally over, the game is starting to come back together and I’m very happy to introduce you to the new terrain and aircraft.

Merry Christmas and happy holidays to one and all

Mark & the Fighter Base crew

Salute to the veterans and the fallen at home and around the world.

You have probably been wondering about our silence the last few days. We have been hard at work getting a new version ready for you to test!

Go to the Launch page on the Fighter Base site to get started with the new version. The FBVG is standing by to help you in our new live support room should you run into any problems. 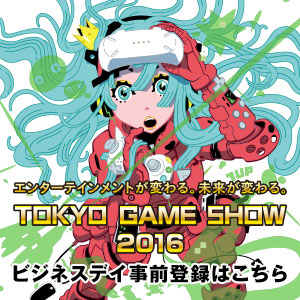 All our players, but especially our Japanese friends are welcome to join us at Tokyo Game Show and a meetup after the show on September 17th at 7pm. If you are in Tokyo, please come meet us there! If you would like to join the meetup, please send an e-mail to zvezda.fb@gmail.com.

The National Aviation Day (August 19) is a United States national observation that celebrates the development of aviation.  The holiday was established in 1939 by Franklin Delano Roosevelt, who issued a presidential proclamation which designated the anniversary of Orville Wright’s birthday to be National Aviation Day (Mr. Wright, born in 1871, was still alive when the proclamation was first issued, and would live another nine years).

You can read more about it on Wikipedia.

USA Today has a nice historical photo retrospective you can check out.

And finally, here are some tips from NASA about how to celebrate Nation Aviation Day.

In honor of Nation Aviation Day, I’ve put up a gallery of aircraft of our own.  Happy Aviation Day everybody.

Smoking is bad for your health

Smoke Gets In Your Eyes

Cadet
by srobertson96 4 weeks ago

Cadet
by James 3 months ago

Cadet
by david-n-h 6 months ago

Cadet
by robert-jackman330 7 months ago

Cadet
by Steve 9 months ago